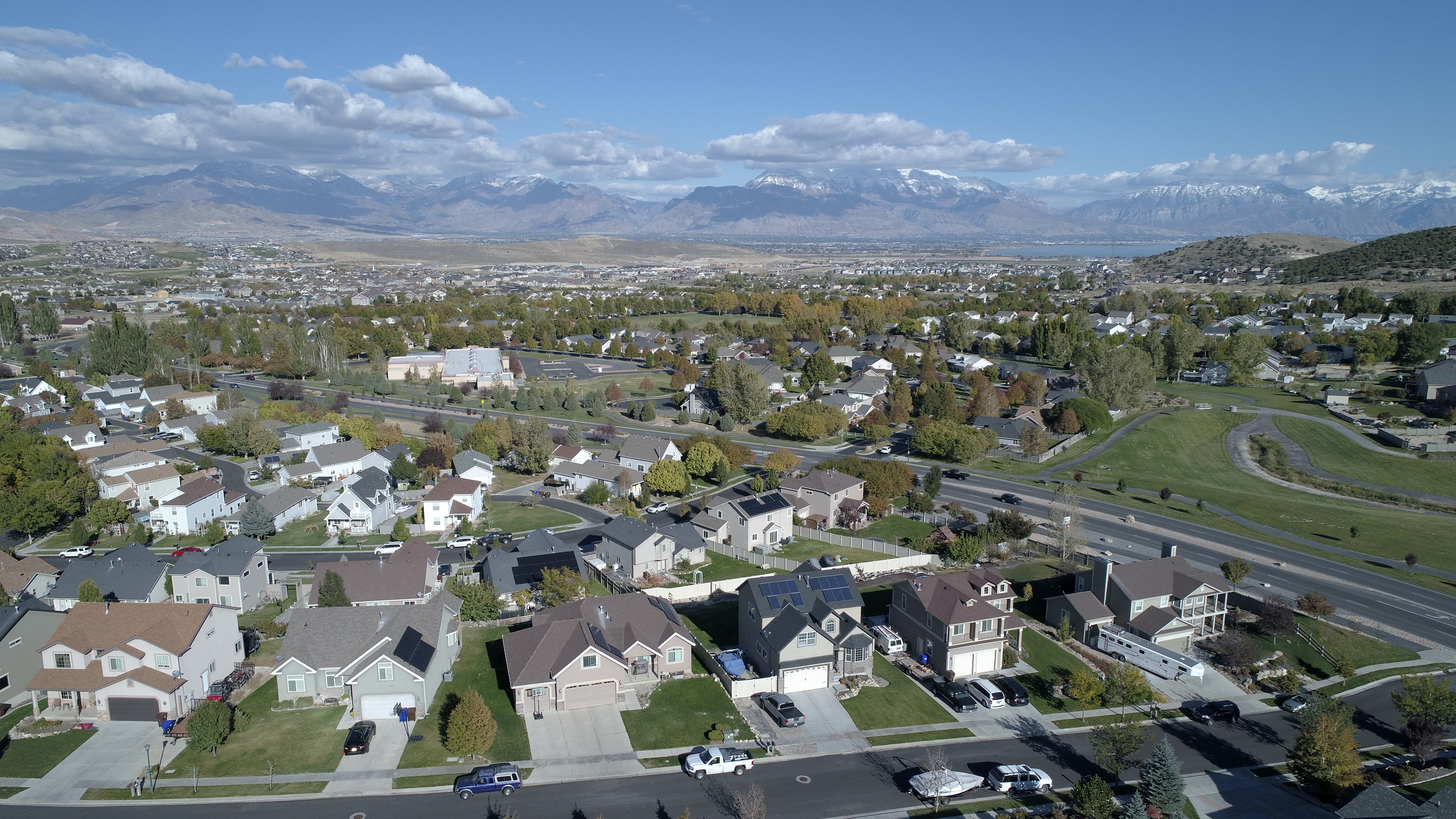 Utahns that remember Draper in the 1990s can tell you it was much more than a bunch of chickens and farm country. Obviously today Draper has grown into a very desired neighborhood with luxury homes, shopping, dining, and so much more! So that begs that question? Which Utah communities in 2021 are the Draper of the 1990s? 5) VineyardJust west of Orem is Vineyard. Vineyard was the fastest-growing city in Utah with a population spike of 3599.5% over the past year. It already has many of the suburban conveniences nearby in Orem, so new residents are not too far from the nearest grocery store or Target. That being said when the population spikes like Vineyard did over the past year many businesses follow suit, so we wouldn’t be surprised if even more amenities, restaurants, and shops start popping up in the area.Vineyard isn’t a very large town and has Utah Lake to the west of it, so expansion is limited beyond what is already there, so we expect that population growth to quickly decline over the next year or two. The limitation on land is what has kept Vineyard from being higher on our list.4) Bear LakeOn the shores of Bear Lake is a small community named Garden City. While the expansion of Garden City is a little further out, timewise than the other four cities on this list, we do expect that Garden City could see a steady influx of new residents. Garden City currently only has a couple of hundred residents, but as more and more employers are allowing their employees to work from home, we expect people to look towards moving toward popular Utah tourist destinations. Communities like Garden City give the residents fun amenities and natural beauty nearby. It might be a while before there is a ton of mainstream shopping and dining in Garden City, but if you are willing to wait this might be one of the next Utah hot spots to move to!3) Tooele CountyMany residents in Salt Lake and Utah County view Stansbury Park, Grantsville, and Tooele as the “middle of nowhere.” In the next 5-10 years from now, we expect the growth of this area to be booming. As home prices continue to skyrocket in Salt Lake County and Utah County, we expect many to reconsider Tooele County as they realize they can find a great home with a more spacious yard out in Tooele. Also, the “middle of nowhere” phrase is a little misguided. Did you know Orem is actually a further drive to downtown Salt Lake City than Tooele is? 2) Eagle MountainThis might be the most obvious pick, and it barely missed our top spot. Eagle Mountain is expanding exponentially and has plenty of land to keep growing. It seems every time we drive into Eagle Mountain there is yet another new construction builder out there starting up a new community. Eagle Mountain has a very young population, as 72.9% of the households have children under 18 years old. This young population continues to attract even more young families to the area. Like Tooele County there is a perception that Eagle Mountain is the “middle of nowhere,” but with how quickly it is expanding that opinion is quickly changing. We wouldn’t be surprised to see Target, Trader Joe’s, and other popular stores and amenities opening up locations in Eagle Mountain in the next 5-10 years.1) Heber CityYou might be surprised to see Heber City at the number one spot, but there are several reasons why we expect it to be a booming community in 5-10 years! In 2016 Salt Lake Tribune and the Deseret News reported that Heber City was the 3rd fastest growing city for its size in the United States. Since 2016, Heber City has only continued to grow with no end in sight. Utahans and people across the nation are looking at Heber City as an affordable version of Park City. Residents have easy access to ski slopes nearby, without the multi-million dollar price points that are common in Park City. Like Garden City, many people have recently been told they can work from home, and they are now becoming very interested in Heber City as an escape from the big city, but unfortunately for them, we aren’t sure how much longer Heber City will feel like a small-town community.

To continue searching, you must agree to the Terms of Use.

For the best experience, please provide your cell phone number and select accept below to opt-in to our Terms & Conditions and Privacy Policy to begin receiving text and voice communications.

or make a new notebook

Search the full MLS and Exclusive Property Listings.
(Prices and inventory current as of July 6, 2022)

See local market activity affecting the value of
your home & maximize your investment.

We just need your phone number to finish creating your account.